farrinstitute.org follows the strictest sourcing guidelines in the health industry. Our focus is to exclusively link to peer-reviewed studies found on respected websites, like PubMed. We focus on finding the most accurate information from the scientific source.

Our goal in this guide is to provide you with the most scientifically accurate, unbiased, and comprehensive information regarding direct to consumer health products.

All of our content is written by people with a strong science background, including medical researchers.

Our content is continually monitored by an internal peer-review process to ensure accuracy. We strive to never have a piece of inaccurate information on this website.

If you feel that any of our content is inaccurate or out-of-date, please contact us at: info@farrinstitute.org

Farrinstitute is reader-supported. We may receive commissions on purchases made through links on our site.

Dianabol is an anabolic steroid. It’s not as widely available as it used to be, given the dangers associated with all anabolic steroids. What’s so bad about steroids for muscle growth in your body? We get into that and more in our comprehensive Dianabol review.

Understand the side effects of Dianabol and what product alternatives exist for building lean muscle mass. This way, based on the information in this article, you can decide what’s best for you.

Dbol, methandrostenolone or methandienone, is an androgen and anabolic steroid (AAS) popular for muscle building, unpopular for the myriad side effects it produces.

Androgens aid in producing male characteristics and they also play a role in reproductive activity. The main androgens are androstenedione and testosterone.

As you may have guessed, testosterone is the main hormone at play in Dbol.

Dianabol is nearly 70 years old. An American doctor by the name of John Bosley Ziegler is responsible for the creation of this substance. He developed it and in 1958, Dianabol was released on the market.

As an artificial form of testosterone, Dianabol was originally created to promote healing in very ill individuals, not for any muscle gains. However, with time, it became popular for the latter.

Presently, very few people but primarily bodybuilders, if anyone still does.

All doctors, for the most part, stopped prescribing Dianabol for healing as there are plenty other, more effective drugs now available. In the 1950s, this wasn’t the case and Dianabol was used for a variety of patients at that time.

Dianabol isn’t sold legally within New York or anywhere in the United States, like many other steroids. There are substitutes available, but this exact drug is illegal at the moment.

You can’t order it and all subscriptions for this item are no longer available.

However, the manufacturer of the D-Bal product, a popular alternative, is headquartered in Cyprus, and it’s said to offer the same effects. That, and given the fact that it comes under a different name other than Dianabol, makes it a legal choice.

Many market Dianabol as being safer for all people to use, compared to the numerous other steroids available today.

However, that doesn’t mean it’s without warnings, despite what other articles or the site say. At the end of the day, it’s still a steroid for muscle growth and that indicates you need to be quite careful if consuming it.

Any supplements that feature hormones come with risks during use. Are bigger muscles worth it? Some articles might say so, but have a look.

Possible side effects of Dianabol for your body include the following:

How Dianabol affects all bodybuilders or an individual will differ from person to person. Any adverse reactions should be brought to your doctor’s attention accordingly.

How Does Dianabol Work?

Due to the legal situation around this steroid, it’s hard to get a grasp on any and all of the exact ingredients of this substance. Finding an accurate list is challenging, based on our search and the latest update.

We do know that one of the main, and most important, ingredients is something called Dioscorea Makino. It’s an androgenic and anabolic steroid extract made for muscle gains [3]. This substance is marketed to high performers and athletes for this reason.

Other compounds in Dianabol include Laxogenin, which is a plant-based substance to help individuals avoid muscle atrophy.

Dianabol is marketed as a steroidal supplement that increases testosterone levels. It’s the foundation of the substance, after all. Scientific studies on Dianabol itself are quite limited and any that exist are outdated.

However, there is plenty of research indicating that anabolic steroids can boost T levels [4]. People may have turned to it in an attempt to boost testosterone levels but not any more. It’s lacking compared to the testosterone boosters in the market today.

To our knowledge, dosing Dianabol comes with adverse side effects and locating an exact dosing method is complicated, given it’s illegal.

What we have found, though, is that beginners start with around 15mg per day, directly before a workout. Individuals might work up to around 25 to 30mg per day, depending on how they feel after the initial dose.

Safe alternatives to Dianabol come with different doses and fewer side effects, if any.

The great news is that there are loads of safe alternatives to Dianabol and our best legal steroids article covers some of them. In fact, the information on these options is much more thorough, given they’re legal.

Let’s look at some of the most popular choices and key ingredients found therein. Keep in mind that these alternatives carry less risk, if any, than an actual steroid itself. Because of that, you can’t expect the same potency during use. That doesn’t discount their benefits, though.

Maybe you heard about it in the news, but D-Bal for muscles is marketed as the top alternative to Dianabol. It features natural ingredients that may offer similar effects, but without the associated dangers.

The D-Bal product includes all of the following:

Vitamin D3 has a positive effect on muscle growth and stability [5]. It might also help in muscles contracting, which is a benefit when working out on a regular basis.

MSM might help fight inflammation and joint pain at the source [6]. Its real name is methylsulfonylmethane, which indicates the inclusion of sulfur in this ingredient.

Sodium hyaluronate is found in many serums and moisturizers. It’s beneficial for immunity and growth of muscles, alike, as it’s a protein. However, studies are limited at this time.

Tribulus terrestris comes in as a natural remedy that’s shown to have a positive effect on lean muscles mass and overall strength [7]. Read the comprehensive Dbal review

TestoFuel, copyright 2020, is a muscle building supplement that comes from the famous Roar Ambition LTD company. It’s one of many products offered by this manufacturer but the only one we cover in this article. See the full TestoFuel review for more.

The TestoFuel product has nine ingredients:

Zinc makes for a crucial ingredient, due to its role in protein synthesis for muscles. It might help raise testosterone levels, too, according to some studies [8] [9].

Magnesium is known for aiding in muscular and nerve function. If you’re deficient in this mineral, supplementation might help T levels, though research is limited.

Oyster extract is an ingredient source that’s rich in vitamin D, iron and zinc, among other vitamins and minerals. It’s known as an aphrodisiac, due to its T boosting abilities [10].

The Testo-Max product is brought to us from the same company that manufacturers D-Bal, which is Crazybulk. The menu is impressive. See the comprehensive Testo-Max review for more.

This item contains a whopping 11 ingredients, all are natural:

Aspartic acid functions as one of the essential amino acids that support the secretion of testosterone [11]. Many supplements feature this ingredient for that reason.

Nettle leaf extract is mainly consumed for diuretic purposes, but some believe that it promotes lean muscle mass and aids in recovery post workout.

Fenugreek extract comes in as another common substance found in dietary and T-boosting supplements. It might increase both strength and muscle mass, though studies are inconclusive at this time.

Based on our list selection above, any one or all of these supplements could possibly work as a safe option for physical performance, opposed to Dianabol. None of them contain caffeine and the natural ingredients, like amino acids, are backed by science, most of them at least.

The worst that can happen is that your muscle gains may not come on as quickly or with as little effort as they would with steroids. It makes for a much better scenario than the negative effects an illegal option might bring about for your body.

The best part might be that since they’re all legal, finding quality information on all of these products isn’t difficult to come by. A quick search in your browser for all the company sites will get you there, all you have to do is place an order.

Steroids are one of the hot topics in the world of physical performance and bodybuilders. Any press release or advertisement is filled with information warning against the use of steroids.

It’s the consumer’s choice what goes into the body, but it’s our responsibility to provide all the facts available. The content in this article lays it out for you.

All of these methods for growing muscles are safer and easy to order, but that’s not news. Check out an official site and pick a username for your account. Login and decide for yourself.

Farr Institute is committed to delivering the highest quality research on direct to consumer health products. Our website services, content, and products are for informational purposes only. FarrInstitute does not provide medical advice, diagnosis, or treatment. 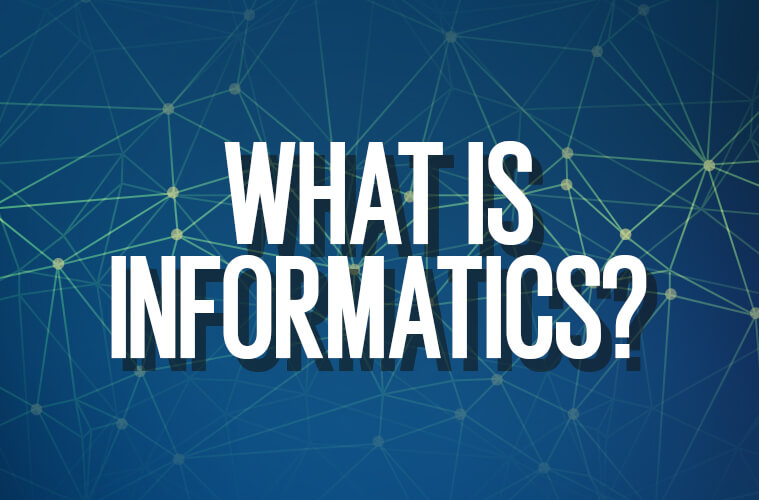 5 Healthcare Informatics Advancements and How They Affect the Medical Field